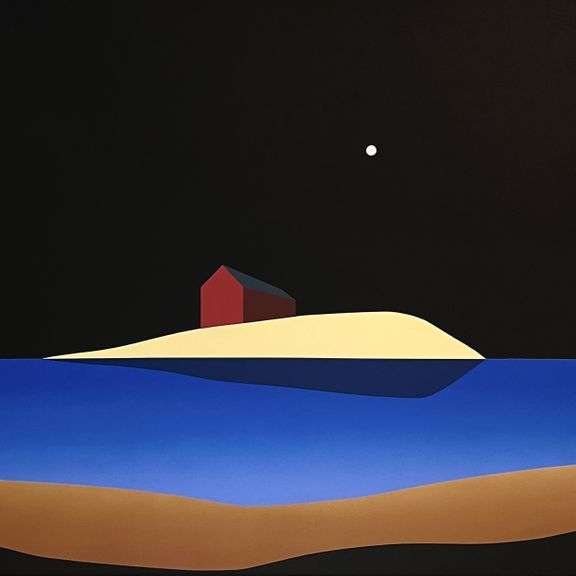 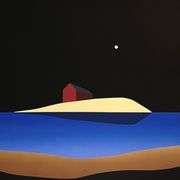 Mike Gough was born in Corner Brook, Newfoundland, in 1985. He received a Bachelor of Fine Arts from Sir Wilfred Grenfell College in 2007 and went on to attend Central Saint Martins College of Art and Design in London, England, and graduated with a Masters of Fine Arts in 2010.

At its core, Gough’s practice explores the volatile and elusive quality of memory. Digging deep into his past, many of his paintings tell stories of his childhood – fishing trips with his father, beach fires at the cabin and evenings spent playing in the backyard - fond memories of his upbringing in Newfoundland. In deciphering facts and feelings his painterly descriptions of the ‘truth’ become a blend of reality and idealism. The experience becomes dislocated, but what remains constant is the seemingly never changing landscape. Gough’s recent work continues to reflect his interest in memory-based painting and vestiges of Newfoundland iconography.

Gough has exhibited both nationally and internationally and his work appears in private, corporate and public collections in the United States, England and Canada including The Rooms Provincial Art Gallery, Humber College, Sir Wilfred Grenfell College, The City of St. John’s, and Global Affairs Canada among others.

Gough was the recipient of the Laura Ciruls Painting Fund in 2020, the winner of the Excellence in Visual Arts (EVA) People’s Choice Award in 2015 and was shortlisted for the Newfoundland and Labrador Arts Council Emerging Artist of the Year in 2013. He has been the recipient of numerous Arts and Letters Awards and provincial art grants. In 2013 Gough was selected for the Elbow Room Residency Program at the Rooms Provincial Art Gallery and was Artist in Residence (2016) at 2 Rooms Contemporary Art Projects in Duntara, NL.